In the wider Neapolis area, nature, life, history, and legends coexist in harmony, creating a unique environment for every visitor.

The area is full of relics from the flourishing past civilizations, destroyed by wars or earthquakes.

Some of these items are stored and some exposed in the Sparta archeological museum, while others are safely preserved, waiting for a place in the local museum that the authorities have promised to construct in the future. These valuable findings come from different historical periods and different civilizations. In the past, the Voiai immense coast constituted a seaport of great importance; its strategic geographic position made it a passage, a homeport for merchants, warriors, pilgrims, explorers, pirates, and corsairs who traveled perpetually, carrying with them not only goods but also their knowledge, experiences, religion and overall culture.

Thus, the people of the Voiai ancient city, which stood in the site of the present Neapolis city, stretching also the surrounding area, took advantage of the conditions in many ways. From ancient history we learn that the people who outlived the geological changes that occurred around 1750 B.C -year of the fall of the thriving Minoan civilization-, the terrible earthquakes, volcano eruptions, mountain movements -because of which the area of Kithira became an island- dedicated their salvation to Artemis, the goddess worshiped by the South Peloponnese residents. But the Voiai people also built other gods’ sanctuaries, such as Alipios, sis and Serapis, Hermes, Hygieia (Health), and Poseidon. Apart from the small area settlements, three cities were additionally built. One of the descendants of the mythical Danaos built the city of Sidis, and Aineias, the founder of Rome, built the city of Itis. The name of the third city was Aphrodisias and was believed to be founded by Trojan War refugees. Voios united the three cities which eventually flourished, partly due to the Mycenaean merchants. Archaeologists have unearthed broken pieces of ancient Minoan vessels demonstrating dolphins or double axes. As the years passed by, the port of Voiai, situated close to Sparta, was frequently attacked, especially during the Peloponnesian war. In 456 B.C. the Athenian general Tolmidis ravaged and seized the city followed by the invasion of Macedonian King Philip III, in 218 B.C.; but in 146 B.C., the “Lacedemonian people”, renamed later as “the people of Eleftherolakones” were established and from then onwards the independent city of Voiai has prospered. The city had its own coins and considered one of the most powerful. During this period, many places of athletic exercise, luxury housings, artworks, and temples renowned for their beauty ornament the city were built. This league, known as the “People”, lasted for more than four hundred years. Unfortunately, in 375 A.C., the earthquake destroyed the city, and invasions continued. 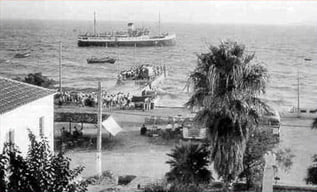 During Middle Age, many people took refuge to the mountain areas were they built the village of Vatika, which subsequently became the name of the entire area. There was a rumor that these peasants were introvert and solitary, almost barbarians. They came under Monemvasia, which was ruled by the Venetians. During the Orloff revolt the entire area suffered a lot while many of the inhabitants expatriated. Some of them participated in the Struggle for Freedom from Ottoman Oppression. After the liberation from the Turks, in the 1840s, and when the seashores rested from the invasions of pirates and other conquerors, the new seaside city of Neapolis was built over the ruins of the old one, based on Bavarian architectural plans.

Since then, Neapolis is a peaceful, progressive, and clean city, with wonderful beaches, a famous clean sea, and calm, hard-working citizens, who distinguish themselves in many fields, in Greece and abroad. Many of the surrounding areas are biotopes, gathering rare species of birds and plants, such as the unique tulip Goulimi (Tulipa Goulimi), species unknown to the world until it was discovered by Konstantine Goulimis. It grows on the right side of Neapolis, towards the seashore across the island of Elafonisos and on the Plain of Voiai. Another rare plant that can be seen only in Peloponnesian areas, and more often in the Voiai plain, is the spring cyclamen, almost red-colored, scientifically known as the “Cyclamen repandum S. Et S”. The leeward Voiai areas are shelters for many birds such as silver pelicans, wild ducks, and swans.

In this place where yesterday meets today, between Neapolis and Elafonisos, one can see the traces of an ancient deep-water settlement, that was built based on a residential plan. One can visit the stunning Byzantine chapels, the ruins of Megahora in Castania, with the marvelous after-byzantine churches (one of which is intact) and the wonderful cave, with its stalactites and stalagmites; furthermore, the wider Cape Malea area, filled with ancient civilizations remains also being the place where ancient residents, as well as Christian monks (during the Byzantine and After Byzantine years), constructed their temples. Many of the churches are maintained in good condition, impressing the visitor with their interior design and sea view. In the Cape Malea area, there is also a not widely known petrified forest with millions of year old trees, as well as small, unknown and difficult to approach but magnificent harbors. 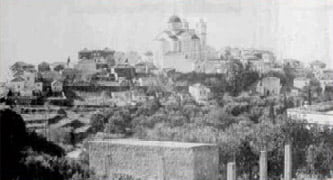 What a better way to complete our descriptive approach but to mention the words of the ancient poet Pindaros regarding Silinos, the faithful companion of the god Dionysus, which show the area’s reputation and respect, even at the beginning of the Hellenic mythology.

This website uses cookies to improve your experience while you navigate through the website. Out of these, the cookies that are categorized as necessary are stored on your browser as they are essential for the working of basic functionalities of the website. We also use third-party cookies that help us analyze and understand how you use this website. These cookies will be stored in your browser only with your consent. You also have the option to opt-out of these cookies. But opting out of some of these cookies may affect your browsing experience.
Necessary Always Enabled
Necessary cookies are absolutely essential for the website to function properly. These cookies ensure basic functionalities and security features of the website, anonymously.
Functional
Functional cookies help to perform certain functionalities like sharing the content of the website on social media platforms, collect feedbacks, and other third-party features.
Performance
Performance cookies are used to understand and analyze the key performance indexes of the website which helps in delivering a better user experience for the visitors.
Analytics
Analytical cookies are used to understand how visitors interact with the website. These cookies help provide information on metrics the number of visitors, bounce rate, traffic source, etc.
Advertisement
Advertisement cookies are used to provide visitors with relevant ads and marketing campaigns. These cookies track visitors across websites and collect information to provide customized ads.
Others
Other uncategorized cookies are those that are being analyzed and have not been classified into a category as yet.
SAVE & ACCEPT